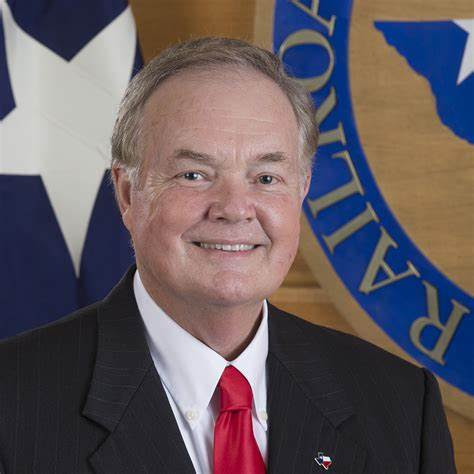 A lifelong conservative businessman, Wayne Christian was elected as our 50th Texas Railroad Commissioner in November 2016. Throughout his first term, Christian developed a strong record of fighting against frivolous regulations and standing strong for free markets and American Energy Dominance!

Since taking office, Commissioner Christian has been appointed by Governor Greg Abbott to the Interstate Oil and Gas Compact Commission as the Official Representative of Texas. Through this role, Christian has been a national leader on the forefront of fighting against Biden Administration efforts like the Green New Deal, CLEAN Future Act, and the Paris Climate Agreement.

Christian understands that big government increases costs for consumers and kills high paying jobs, while harming our economy and national security. He believes all regulations should be consistent, predictable, and based on sound science.

A clean environment and a thriving oil and gas industry are not mutually exclusive. Since 1970, the six major pollutants regulated by the EPA have decreased 77% while our economy has grown 285%, population has grown 60%, and our energy consumption has grown 48%.

This is not an endorsement of the Galveston County GOP. This is for informational purposes only.